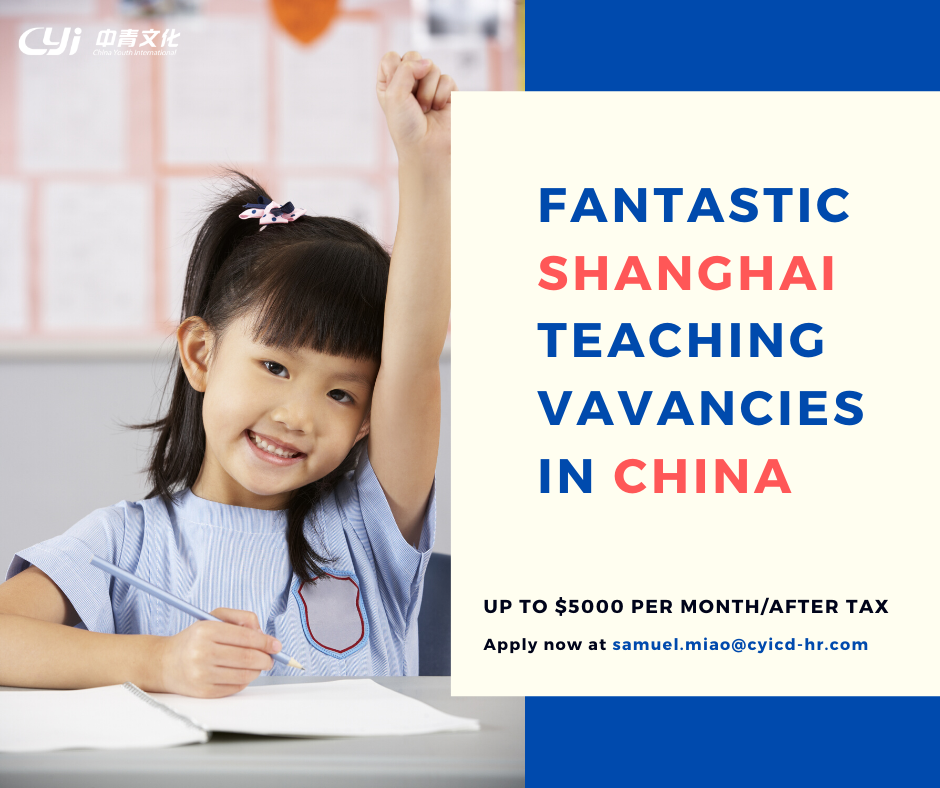 ESL Teaching Vacancy in Shanghai, China [UP TO $5000/ per month]

A bit about us: China Youth International is a leading HR recruitment company, assisting English teachers with finding the best… 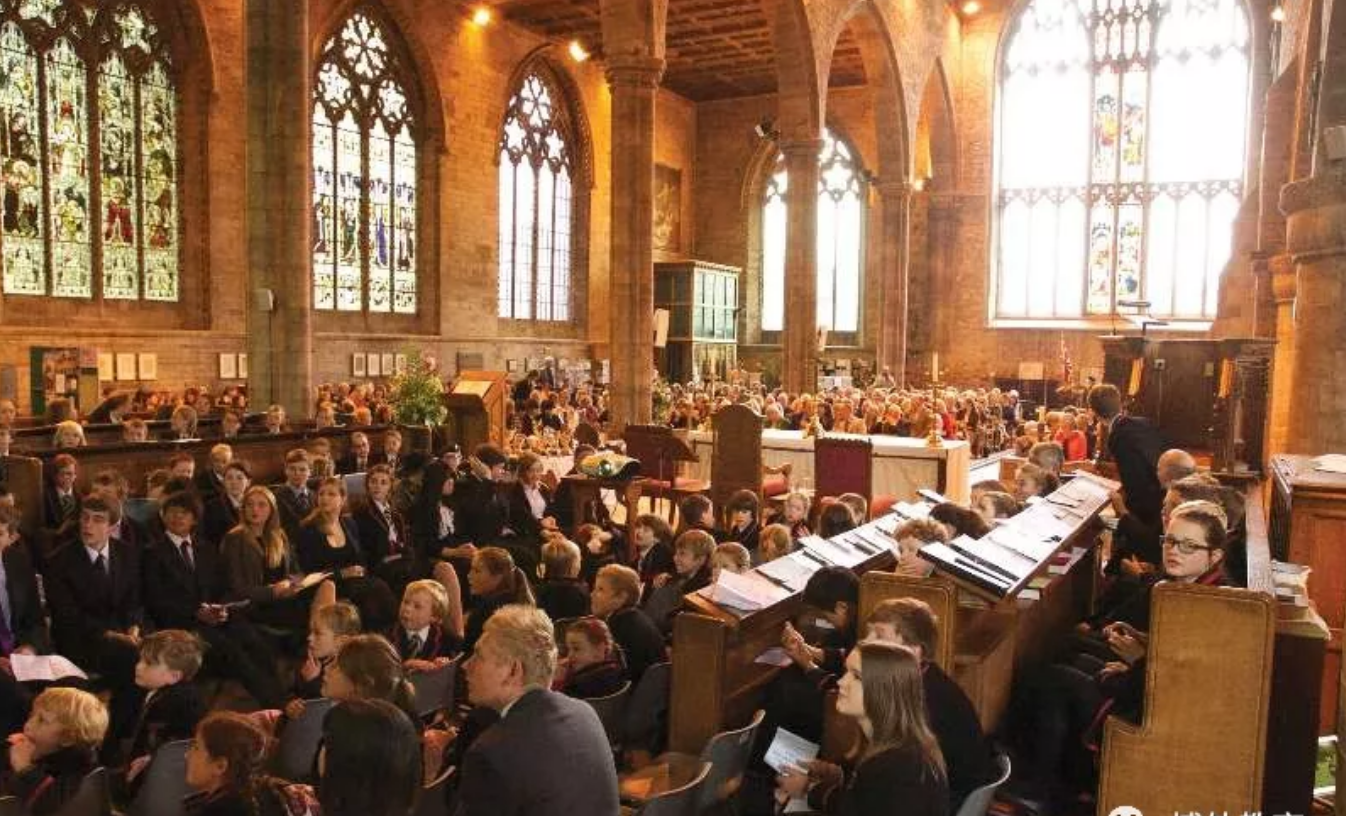 More than 50 positions in Shanghai.

● Non-English native speakers can still apply to be considered based on their educational background and English level.
● Non-criminal record
● Medical check report

Apply Now or contact us for more info on English Teaching jobs in Shanghai!

The railway network provides you with an inexpensive and comfortable way to get to the city. Huning (Shanghai – Nanjing) Railway and Huhang (Shanghai – Hangzhou) Railway pass through Shanghai and connect its three main railway stations with cities all over the country. Here you can also take advantage of tourist trains and special ‘Holiday Trains’ to scenic areas in other provinces such as Mt. Huangshan in Anhui and Mt. Wuyishan in Fujian.

Twelve subway lines have connected all over the city, with stops at or nearby the main attractions and commercial areas. If you are just sightseeing and in no hurry, the subway will provide you with fast and comfortable service (though you may want to avoid rush hour of 07:00 to 09:30 and 16:30 to 19:30).

Whether you take a taxi during daytime or at night, CNY2.1 (CNY3.1 at night) will be added for every five minutes of stop time.

It will be more convenient and pleasant if you use a Shanghai Public Transportation Card when you are in Shanghai.

Like the MetroCard in New York City and the Oyster Card in London, it is a kind of stored value smart card used in the public transportation of Shanghai and some cities in the nearby Jiangsu, Zhejiang and Anhui Provinces.

Shanghai weather is generally mild and moist, with four distinct seasons – a pleasant warm spring, a hot rainy summer, a comfortable cool autumn and an overcast cold winter. The region’s location at the estuary of the Yangtze River to the East China Sea makes it so wet that it rains for about one third of the year.

The hottest time here comes in July and August, with more than 10 days at temperatures above 35 °C (95 °F). The coldest time is from the late January to early February. The spring from March to May is recommended as the best time to pay a visit.

Spring in Shanghai is from March to May. This is the best season in a year for traveling. Spring flowers in bloom make the city lively and attractive. The temperature is comfortable around 20 °C (68 °F). Light rain happens however will not disturb your trip. Long-sleeved shirts, thin sweaters or coats are suitable for this time.

Summer
Summer here is long from June to September. With high temperature and abundant rainfall, the city can be very sweltering at this time. The highest temperature occurs in July or August. For 10 days or so in these two months, the temperature can be above 35 °C (95 °F). You had better avoid the hottest time around 14:00. Wear cool clothes such as T-shirts and shorts and drink more water to prevent heatstroke and dehydration.

Autumn
Autumn of the region comes in October and November. The temperate weather makes this season good for travel. It rains often in autumn except in the late November. Long-sleeved shirts, sweater and coat are appropriate.

Winter
Winter in this area is from December to the next February. The coldest period is from the end of January to early February – usually during the Chinese Spring Festival. The worst of the cold usually lasts for only a few days and it seldom snows. The temperature is not as low as some cities in north China like Beijing, but the humid cold wind is a torture for even the northerners. A sweater and overcoat are necessary in winter.

You Bao He Xia

You Bao He Xia(油爆河虾) is a good choice if you like sea food. Live shrimps are deep-fried and then sir-fried with a special sauce made of yellow wine, soybean sauce, sugar, shallot sauce and ginger sauce. The dish tastes fairly sweet and fresh.

Shanghai, a vigorous and energetic international metropolis, welcomes people from all over the world to enjoy its special atmosphere. This modern metropolis with its rich heritage of ancient Chinese culture has much to see and do.

Huangpu River is not only the mother river of Shanghai, which divides the city into east and west parts, but also assembles the splendid attractions of the city. Situated on the east bank of the Huangpu River, the Bund is the symbol of Shanghai. New finance and commercial houses as well as grand buildings built in 1930s in the European architectural styles cluster along the Bund. At night bright lights add to the happy atmosphere as people stroll along the wide riverside promenade.

Nanjing Road is considered to be the ‘No. 1 commercial street in China’, which has been a landmark for this city for a long time. Along its 5.5 kilometers, you will find over 600 shops that on average are visited by some 1.7 million people each day. Here, you could purchase everything wanted, spanning from special and cheap souvenirs to the luxurious world famous brands.

Yuyuan Garden is the largest of Shanghai’s ancient gardens with Ming and Qing architectural styles. The garden has six areas, each with its own style. The Grand Rockery, in the center of the Garden, is the most renowned sight. Near the garden, there is the City God Temple, where various of local snack shops and streets are scattered around.

It is one of the most famous Buddhist shrines in Shanghai. The White Jade Buddhas were brought here from Burma in the nineteenth century. One is seated while the other is in the recumbent position of Sakyamuni symbolizing the Buddha’s attainment of enlightenment or nirvana. The temple also has some impressive images of the Heavenly Kings. Although many people come to worship each day and burn incense at this very holy and active shrine, visitors are welcome.

If you want to experience the historical and cultural atmosphere of the city, Xin Tian Di is a wise choice. Composed of Shikumen and modern architectural style, now it has become a hot and fashionable pedestrian street in the center of the city. Actually, it stands for the popular and leisurely life style of this city’s new generation. The outdoor cafés, bars and romantic restaurants can be seen everywhere.

Shanghai Tower is in Lujiazui Finance and Trade District of Pudong, with Shanghai World Financial Center to the east and Jin Mao Tower to the north.

Tips for seeing a doctor in the local hospitals

Foreign Embassies are located in Beijing, but there are 7 foreign consulates in Shanghai.